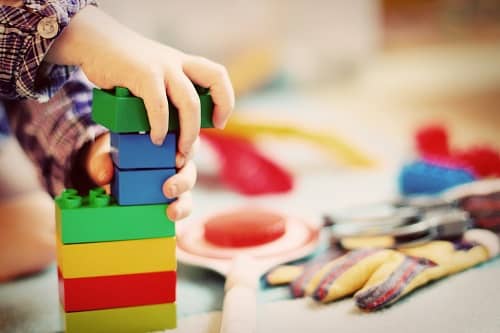 Early Intervention is vital to the future success of many children; the earlier a child’s condition can be accurately diagnosed, and the sooner a clinical and education plan can be implemented, the more likely the chances are for success in meeting the child’s needs and setting them up for greater success in the future. But the success of any Early Intervention program hinges on having the right platform for the comprehensive system of tracking, identifying, and in general handling the data of early intervention cases.

The Commonwealth of Virginia’s Department of Behavioral Health and Developmental Services (DBHDS) has announced the implementation of a new Early Intervention Part C Data System created by SSG. The DBHDS wanted a web-based system that could scale to support increases in work over the coming years. The system will record, track, and report on the data required to facilitate enrollment and initial screening, monitoring, and services identified and provided to best serve the families supported by the system.

The Commonwealth’s current Early Intervention Part C Data System was developed and implemented in 2001, and no longer meets the needs of the department. Its inefficiencies include limited functionality that requires paper processes, duplicate data entry, and extra staff time. Additionally, due to the current limitations, DBHDS is unable to reliably ensure non-duplication of expenses and revenues reported federally since local lead agencies and private providers each maintain separate billing and accounting systems.1 All of these limitations and issues will be addressed with the new system implementation.

The plan is to implement the new data system for Early Intervention Part C with a launch date in 2022.

When the system is in place, Virginia’s Early Intervention System will be able to better serve the many families receiving Early Intervention services. By eliminating manual processes and duplicated work, service providers will have more time and energy for actually administering services and DBHDS resources can instead be focused on creating a more seamless experience for families and providers in the Virginia Early Intervention system.

It’s a glimpse into what the future of Early Intervention can look like – a holistic, automated system that saves time and makes services more efficient. And the fact that it’s working with Part C, servicing the very youngest age group, provides a solid foundation for the ongoing process of educational services, as it will help ensure progress made at an early age is not lost as the child progresses through other levels of service.

1. Information taken from The Commonwealth of Virginia’s DBHDS original RFP