America Has a Lead Problem | SSG 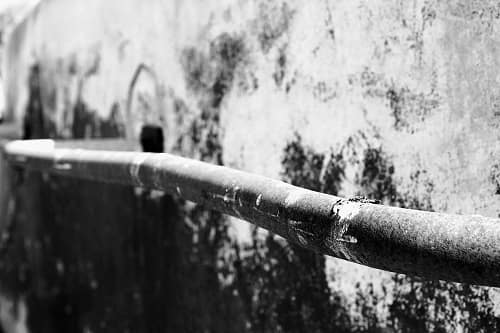 According to a study published in September of 2021, about half of children ages six and under who were tested for lead have detectable levels present. Of them, about 2% had a high concentration of the toxic metal in their blood. The study included over 1.1 million children, and while most of the positive detections were for relatively small amounts, the fact is that any amount is simply too high – the US Centers for Disease Control and Prevention say that there is no “safe” level when it comes to lead in the bloodstream, especially when it comes to children who are still developing.

While this may be surprising news, there’s a logical explanation for why so many cases of low-level lead contamination went untreated. Public health departments were just following what the protocol was and what the threshold number for flagging lead poisoning was. If a child tested positive for lead but their amount was under the threshold, they weren’t flagged in the system for follow up and treatment. In other words, it wasn’t that tests weren’t detecting the lead, they just weren’t set up to ring the alarm for such small traces of the contaminant. There is a silver lining to all of this – it should be easy to adjust the limits on current tests for lead in the bloodstream to be more exacting, and in doing so it will help paint a more realistic picture of just how widespread the lead problem is in America.

Getting a better understanding of the nation’s lead poisoning situation is essential for the public good. The Flint, Michigan, water situation has been a well-publicized tragedy for over half a decade now, but the truth is that their unfortunate situation might not be so uncommon. But the first step to understanding the situation is to gather the data, and that means lowering the threshold when it comes to treating lead in the bloodstream.

An accurate depiction of the lead crisis in America is important for everyone, but especially so for the underrepresented. Sources of lead include lead water pipes and lead paint, both of which are common factors in older housing, which in turn is often used by lower income families – meaning lead poisoning disproportionately affects children living at or near the poverty level. Another common cause of lead in the environment comes from industrial areas that were not properly cleaned up before being converted into residential neighborhoods – a common occurrence in many urban areas, and particularly among the older cities of the East Coast. The biggest struggle is simply getting people, particularly children, tested. But as testing happens, all public health departments have to do is make sure they are set up on the back-end system to account for the new threshold updates, and be able to analyze and follow up with these cases when children are actually tested and come back with elevated levels.

For a complete walkthrough of how SSG’s technology can help manage childhood lead poisoning cases, get in touch with us today! Our technology helps public health departments manage their cases with software that can receive the labs, start a case for a child, and make it easier for environmental inspectors to record their test results when testing sites related to a particular lead poisoning case. We make it easy to automate workflows and keep all case information in one consolidated record for conducting follow ups and ongoing treatments.

Related Posts
Get the Lead Out: A Unified Data Platform to Handle an Influx of New Patients
How to Prevent Lead Poisoning in Children
Why Childhood Lead Poisoning Prevention Must Remain a High Priority for Public Health Agendas